In this course we look for answers to why Africa both has some of the world’s poorest countries and some of the fastest growing economies as well as reasons why more and more African countries move towards multiparty democratic systems of governance.

Africa tends to be associated with poverty, conflict and dictatorship. Is this a valid picture of a continent of 57 different countries and more than a billion people? In this course we look for answers to why Africa both has some of the world’s poorest countries and some of the fastest growing economies as well as reasons why more and more African countries move towards multiparty democratic systems of governance. The course Africa Then and Now gives you a thorough introduction to political and economic development traits in Africa. The course has a three-part structure consisting of (i) African history, (ii) country case studies which exemplify important continental trends, and (iii) relations with non-African states.

Knowledge of Africa’s history is integral to an understanding of the current situation on the continent. Therefore, a review of African history forms the introduction to this unit. In particular, we will look at how Africa’s colonial as well as pre-colonial history informs the way African states and societies have developed since independence. The main part of the course consists of a number of case study lectures. Students will become familiar with central historical, political and economic traits of these countries, and each case study has been selected to exemplify key trends currently shaping the continent. We look at how ethnic and religious antagonisms and dependence on the export of natural resources negatively affects the governance system in Nigeria and we discuss the links between economic growth and democratic governance in Botswana, Ethiopia and Rwanda. In another lecture we consider the significance of South Africa as a democratic “African super-power” with strong influence on the continent and beyond. Finally, we look at recent revolutionary change in North Africa, with a particular focus on Egypt. The third part of the course is focussed on how old ties with former colonial powers and the United States on the one hand, and rapidly developing relations with China on the other hand, shape politics and economics on the continent. 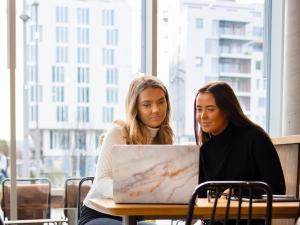